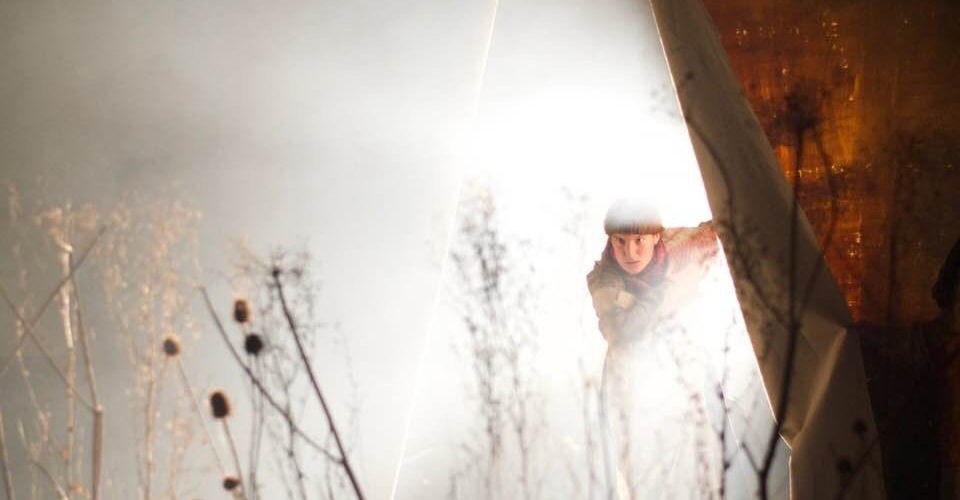 Glimmer Theatre are renowned for their “Rich Theatre by Little Means”, which takes audiences on unexpected flights of fancy, crammed with good humour, live music and bold images. With their emphasis on recycled props and costumes, like a rusty hat box, a cracked slide projector, newspaper and dustsheets, Glimmer Theatre create astonishing, emotionally charged works.

Starring Sophie Crawford (War Horse, West End) and Rozzi Nicholson-Lailey (The Railway Children, Genesius Pictures), Annabelle tells the true story of Annabelle Howgego, who cast off her life as a scullery maid and became a champion fen skater. But this year, something terrible rises up from the icy river and sends the village into disarray.

Director, designer and actor Andrew Brock is known for being the driving force behind all of Glimmer Theatre’s previous productions, which have toured nationally, as well as his work for Queynte Ladies and other companies. Glimmer Theatre’s Instagram (@glimmertheatre) is also full of their trademark humour, and a window into the exciting things to come.

Annabelle is skating into Streatham Space, London on 6 December 2018, and the Undercroft, Peterborough on 14 December 2018.