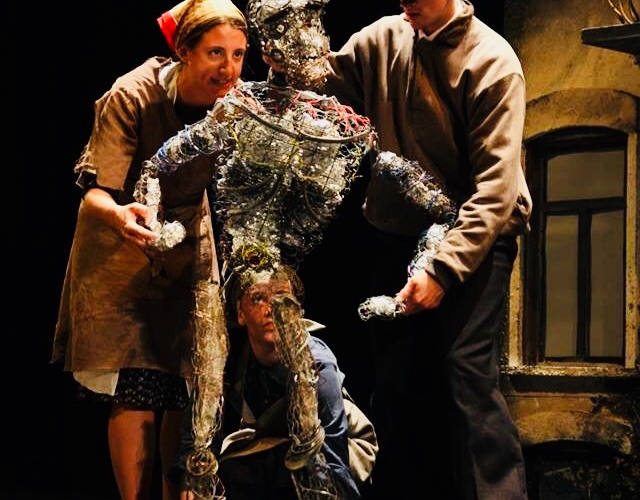 Following rave reviews at the Edinburgh Fringe, Night Train Theatre Company’s production of Maklena marks the English-language premiere of this Ukrainian play by Mykola Kulish, which was banned by the Soviet authorities in 1933, and lost to the world to decades.

The play might be nearly a hundred years old, but director Maria Montague’s brand-new translation is fresh as a daisy. The themes of unbearable poverty and revolution, seen through the eyes of a young girl trying to make sense of the world, remain charged and provocative.

In addition to the remarkable text itself, Night Train use puppetry and physical theatre to brilliant effect. The text veers unpredictably between moments of guttural, suicidal misery and light, madcap joy. The cast of six guide us through in a strange, sepia world, as Maklena retreats further into her fantasies, pushing her understanding of communist and capitalist ideologies to the extreme.

The music by Oliver Vibrans is rich and evocative in a way few theatre scores ever manage, and help us connect even further with Maklena’s harrowing world.

The rediscovery of such an important play, in such a perfect production, is a remarkable theatre event. A must see.